The race for self-driving cars began in the 1920’s. At least that’s what Wikipedia leads us to believe with its broken links and citations. But it is likely to be true on some level. Autonomous cars are separated into 5 classifications from level 0 - issuing warnings, like a reversing proximity beep, to level 5, no human interaction except setting the destination and starting the system. We have been aware of the approach of the class 3-4 self-driving car for half a decade, but it seems that the time is nigh for those in the driver’s seat to get a product to market. End of bad car puns.

Some manufacturers like GM are looking to have their automated cars on the road and fully functional by 2016 but they will only be available to hapless employees willing to put their lives on the line for their employer. Some companies are focusing on a 2018 for release of their cars, while most are pushing this out to 2020 and even 2030. Perhaps there is some reluctance to be the first company to release the tech for fear of being the industry scapegoat. No-one wants to see their brand included in the first autonomous death headline regardless of who’s at fault.

Good for the environment bad for the wallet

Shared Autonomous Vehicles (SAV’s) for carpooling are some of the driverless vehicles set to replace conventional cars. At just 5% penetration it is estimated that one SAV would replace 11 cars on the road. To put this into layman terms, if 200,000 SAV’s existed in NZ the rate of car ownership could drop from 3,100,000 to 900,000. This might be generous at best however the environmental implications are positive nonetheless. Unfortunately the outlook for public and commercial transportation is bleak, especially if you are a driver. The demand for tech personnel is almost certainly going to increase, but it will be disproportionate to jobs lost. In a fashion similar to automated checkouts, the number of staff needed to service, upgrade and manage these units will be significantly less than the number of people displaced by the technology.

If the demand for cars and ownership drops, then the cost to produce them would certainly increase. So too might the cost of servicing vehicles as the number of privately owned vehicles declines. So how is the automotive industry going to prevent self-cannibalisation? While there is a lot of talk of SAV’s and driverless cars replacing driven ones, the truth is that the economic model suggests that they will only be competitive at best. And by 2032 it is expected that 50% of new cars, not all cars, will be autonomous. So there is still a long future ahead for current conventional cars, drivers and oil. 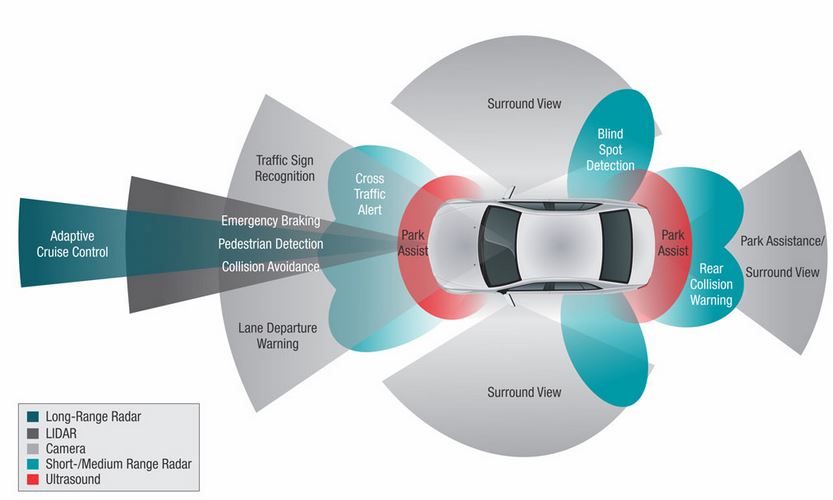 Another factor that will reduce uptake of these vehicles is cost. One source talks about the cost of the self-driving Prius from the YouTube advert being greater than the price of a Ferrari 599. Why? A Prius is $24,000 USD, add LIDAR, sensors and a GPS array at roughly $75,000, $10,000 and $200,000 respectively and you begin to understand how limited the first round buyers’ market might be. Although a quick google shows that these costs are reducing, with some GPS arrays starting at only $8,000, once you add on the cost of development you begin to understand that self-driving cars may be out of the question for many of us in the foreseeable future. It might also be the primary reason this tech is taking so long to reach the market.

Realising that autonomous cars will arrive somewhat soon, the NZ government quickly noted that law in NZ has not been written with these brain-less chaperones in mind. What this means is a change in legislation around the requirements for autonomous vehicles and the rules which govern them. Ministry staff have already been sold hosted by Nissan and Google and shown their driverless vehicles and the Ministry of Transport has basically said, perhaps more eloquently, ‘NZ is the perfect test ground for driverless cars, send the NZTA an email if you wish to test drive yours’. While changes to legislation are currently only occurring for testing driverless cars, we can still expect a change in the law surrounding the ownership, importation and use of autonomous cars soon.

As the government does what it does best and gets buried in paperwork, hardware and software are being developed within the driverless vehicle realm that embrace geospatial technologies. It is the development of this GIS-ware that could help continue the industry growth that has been occurring and predicted to continue for some time.

Routing efficiency, traffic management, electric energy and other technological breakthroughs will be the source points for innovation and competitiveness for the driverless car market. Infrastructural changes will also be determined by the adoption of these new technologies. And the vast volumes of spatial data being collected by these new mobile sources will provide more sources for collecting big-data. Sorry for using the b-word. Google’s self-driving car fleet has racked up an impressive number of automated miles (700,000 by 2014), during which it has been collecting vast amounts of data. As more autonomous cars hit the road more data will be captured, perhaps simply to keep google street view updated, but probably for so much more.

As well as innovation within the geospatial-driverless car sector, we can expect these breakthroughs to transfer directly into other GIS related industries. Development of cheaper, more reliable, smarter, source and sensor technology will have an effect on the number of business who can enter the geospatial market and the types of analysis that can be performed. And continual growth of the industry will ensure that new business's find niche untouched positions.