Bryan Clarke of Vicinity Solutions was engaged to provide independent comment on a New Zealand draft profile for an address model. The draft had been created by a LINZ-led multi-sector working group convened under the umbrella of the national standards body, Standards New Zealand. When completed, the profile will provide a specification for transacting well-structured address data within New Zealand's national spatial data infrastructure (SDI). The efforts by the NZ working group have also contributed substantially to the International Organization for Standardization's (ISO) consensus on an international address model.

In order to accomplish these tasks, LINZ is also required to manage the voluminous and multi-faceted data connected with spatial and geographic information. In response to this need, the government established the New Zealand Geospatial Office (NZGO) in 2007 which is housed at LINZ and supports the New Zealand Geospatial Strategy. The primary goal of this strategy is to create a geospatial information 'infrastructure' that will make geospatial data accessible, consistent, and reliable over long periods of time. The address information model discussed in this case study will not only form an element of the broader SDI, but will also contribute to improving the way address data is shared and used.

What is an address?

At this point in the digital age, this ostensibly simple question still poses immense challenges for organisations across the globe. While we might assume an address refers to a street address, in New Zealand street addresses co-exist with rural delivery, rural post and service delivery addresses. 'Address' also includes the idiosyncratic descriptions of places used, for example, on islands, in rivers, or within local communities where landmarks are used more commonly than formal addresses to reference location. Not surprisingly, the variation found within New Zealand's address data is multiplied exponentially when international address models are taken into account.

Address systems are not only diverse, geographic information by its very nature is highly complex. As Richard Murcott, Geospatial Standards Leader in the Geospatial Office, explains, 'we're trying to represent or model aspects of nature; it's inherently complex information, data, and datasets. It's also quite expensive to generate the data, and even more expensive over longer life cycles to maintain the quality of data'.

For nationally significant datasets it's a crucial task nonetheless. With potential economic growth of $500 million per year to be gained from better reuse of geospatial data, the potential productivity and economic gains are high. In addition, the weaknesses in sharing or using New Zealand addresses revealed by the Christchurch earthquakes of 2010-2011 brought home the necessity of having more consistent and robust ways to transact address data, especially for use in times of crisis. The address model project also aligns with and has informed ISO's current initiative to standardise the concept of address used in information systems worldwide.

The New Zealand group's work not only entails creating a consistent model of address data, but also has ambitions of translating this information into 'schemas', i.e., well-structured, machine-readable formats which will help automate workflows that transact address data. Making address data codeable is the lynchpin of both standardising address information and making it universally accessible. As a common basis for consistently transacting addresses, it will help reduce ambiguities that can arise from referencing or labelling locations using address.

In Murcott's words, 'when the world's information systems can translate what addresses they've got into an agreed format (based on a widely agreed information model), we will achieve a much enhanced way to share address data'. 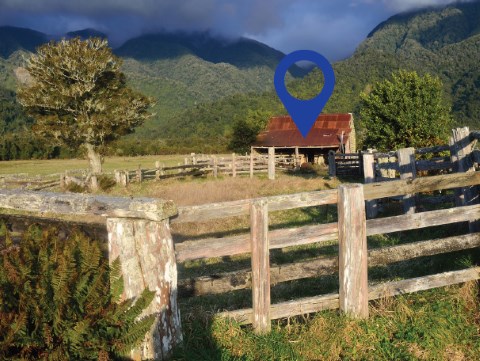 At a certain stage of any group process, it becomes difficult for anyone from within the group to see the work clearly.

Upon completion of their initial draft, the New Zealand working group reached this point and concluded they needed a set of fresh eyes over their work. As Murcott comments, 'We felt it wasn't adequately refined and we needed a good, solid, constructive critique of what we had achieved to date'.

The challenge was finding the right person within the New Zealand geospatial industry who could dive into the details. They needed someone who was,

"We felt the draft wasn't adequately refined and we needed a good, solid, constructive critique of what we had achieved to date"

Bryan Clarke of Vicinity Solutions fit these criteria in every respect. While he has a long history in the New Zealand geospatial industry, he was independent of the working group and therefore able to approach their work with fresh eyes.

Richard Murcott had also worked with Bryan a decade ago on a project that employed an earlier version of UML, so he was confident Bryan was well-placed to evaluate the conceptual modeling of the draft profile.

Bryan was brought on board and dove into 70+ pages of highly complex documentation. The work comprised not only reviewing the draft profile, but also ISO's draft international standard on addressing.

It was far from a simple task, and given that it was pro bono work–just as it is for the modelling team–it was conducted during time 'stolen' from his other professional commitments.

Bryan persevered nonetheless, and brought 7-8 major issues to the group based on his review. Moreover, in Murcott's words his feedback formed the basis for 'significant work we are now conducting to improve the New Zealand profile'.

There were admittedly sections in the draft where Bryan required further explanation, but this was far from a problem for the working group. Given his years of industry experience, the fact that even he couldn't get clarity was a strong signal that more work was needed.

Overall, Bryan's feedback re-energised the group, and enabled them to make substantial improvements to the draft profile. As Murcott puts it, 'We wouldn't be redrafting with such clear focus if we hadn't had his feedback, and would have a less than desirable result as a consequence'.

Bryan also raised one point the group found so significant, regarding inherited definitions from the ISO draft, that they made a submission for improvements directly to ISO which has been incorporated into the ISO model. That's a positive development both for New Zealand's international profile in the industry, and for the overall success of ISO in standards development.

Because of his valuable contributions to this project, the working group envisions partnering with Bryan in the future to ensure their final draft is as strong as it possibly can be.

"We wouldn't be redrafting with such clear focus if we hadn't had his feedback, and would have a less than desirable result as a consequence"

Clients
Is your geospatial data working for you?
If your organisation relies on geographic information, you'll know how challenging it is to make good use of the massive amounts of data produced by new technologies.
If you are serious about getting more from your data - get in touch and let's see how we can turn your data in to an asset.
Contact us now